As President Anton Rayne, lead Sordland into ruin or repair in your first term. Navigate a political drama, driven by conversations with your cabinet members and other significant figures in a country with its own complicated history. Beware or embrace corruption; shirk or uphold ideals.

In 1954, the country of Sordland is emerging from a 20-year dictatorship, following a bloody civil war. You play as a charismatic young man, Anton Rayne, who has surprised everyone by rising to the top of the party in power and getting elected as the new President of Sordland.

The people are hungry for democratic reforms after decades under a traditionalist power. The economy is in shambles and the political landscape is shifting. Neighboring superpowers are watching closely, and there are military threats on the horizon.

Can you pull the country out of its recession? Will you meet the demands of your people for reform? The future of Sordland depends on your choices. Good luck, Mr. President. 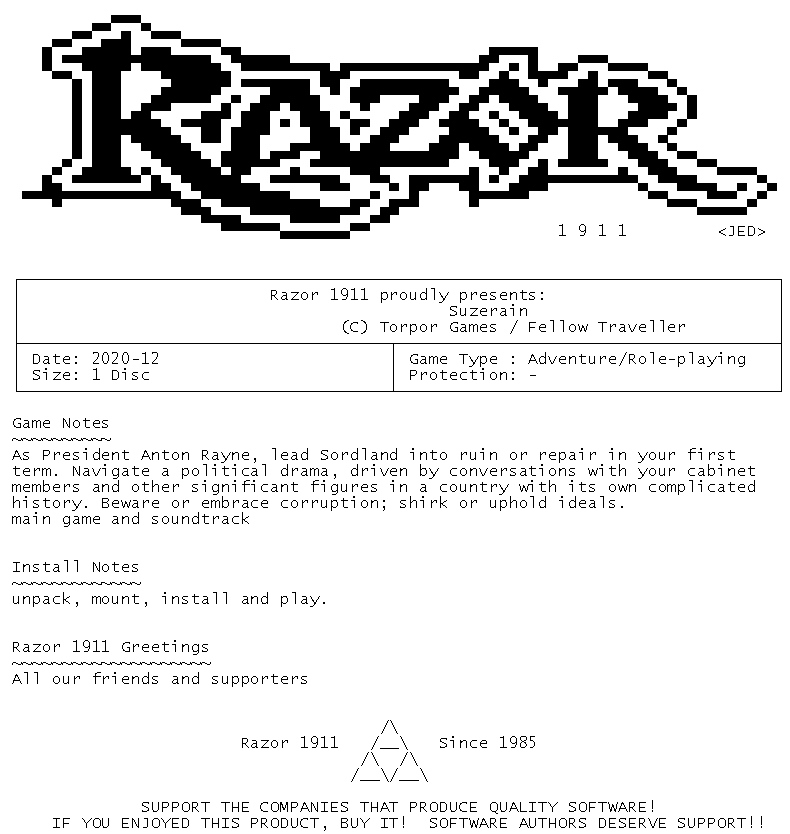